Hisar Residence is situated in the northeast part of the SPA Resort Hisarya at the foot of Sredna Gora.Just a 10-minute walk from the town centre, the complex offers silence, peace and privacy.

The town of Hisarya is situated in an ecologically clean area in central Bulgaria, at the foot of the southern slopes of Sredna Gora, altitude of 346 m. It is 44 kmto the north of the county town of Plovdiv, 24 km to the south of Karlovo,160 km away from thecapitalSofiaand only 250 km away from the Black and AegeanSea.

The relief is dominated by the smooth transition from the slopes of Sredna Gora to the Upper Thracian Plain.

The climate is transient-continental, with warm and mild winter. The snow cover is preserved for an average of 27 days per year. Climate values– average summer temperature: 21.4 °C; average winter temperature: 1.1 °C; average annual temperature: 11.5 °C; average annual rainfall: 500 l/m², with highest values in June and November. The spring starts early and is comparatively warm; the summer is characterized by high temperatures (July and August), low humidity and light wind. The autumn is sunny, warm and long. Eastern winds prevail, with average annual speed of 1.1 m/s. Strong and stormy winds are rare and this is a great advantage in the winter season.  Hisarya is among the towns and cities with largest number of sunny days in the year – about 280 days.

The town of Hisarya is famous for its beautiful parks with about 300 plant species occupying an area of 100 hectares. There are rare plant species from all over the world– magnolia, ginkgo biloba, acer, paulownia,Albizia, etc.The first park – around the former bath Toplitsa – was designed by the Swiss landscape engineer Lucien Chevalier in1892. There are beautiful parks around the Momina Banya spring, the Summer Theater and the medical rehabilitation facilities of the Council of Ministers.

In the vicinity of the town there is a belt of mixed deciduousand coniferous forestswith lots of recreation areas. Several hiking tracks start from Hisarya to the ridge of Sredna Gora or the southern massifs.

The bioclimatic characteristics complement favourably the healing capacity of the balneological factors. The 22hot mineral springs are a national treasure and each of them has different heling properties. The mineral water is mildly mineralized, hydrocarbonate, with water temperature up to 52°С.

Because of the excellent natural characteristics, favourable climate and lots of hot mineral springs, this area has been inhabited almost without interruption from ancient till modern times. The earliest prehistoric settlements were established about V c. B.C.Later, the territory was inhabited by the Thracian tribe of Bessi which in V and the first half of IV c. B.E. was part of the Odrysian kingdom

In contrast to the other settlements in the Roman province of Thracia in this epoch, the settlement with its hot mineral springs/today’s Hisar/ expanded so much that in ІІІ – ІV c. B.E. it turned into an important settlement. In the beginning of ІV c. during the reign of emperor Diocletianthe town was surrounded by high strong fortress walls parts of which can be seen even today. In the emperor’s name, the town was called Diocletianopolis. It is an undoubted fact that the most impressive samples of ancient culture in Hisar date from this period. A part of the fortress wall is preserved; it is 2315 m long, with four gates of which the south gate called Kamilite is the most famous– it was the main town gate to Trimontium(Plovdiv), the thermae, amphitheater from IV c. with an area of the arena of 765 sq m, Late Roman residential buildings, Early Christian bailicas, necropoleis and tombs.

Today Hisarya, with more than 20 hotels and hydropathic sanatoriums offering 3800 beds and over 8 200 boarding beds is one of the largest SPA resorts in the country with thousands of tourists who spend their holidays and have medical procedures there every year.

In addition, the area is famous for its traditions in wine production, fruit and vegetables growing, honey and dairy products. 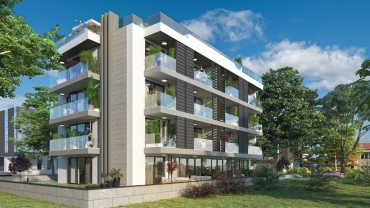